Happy Holidays from Our Club to You & Yours 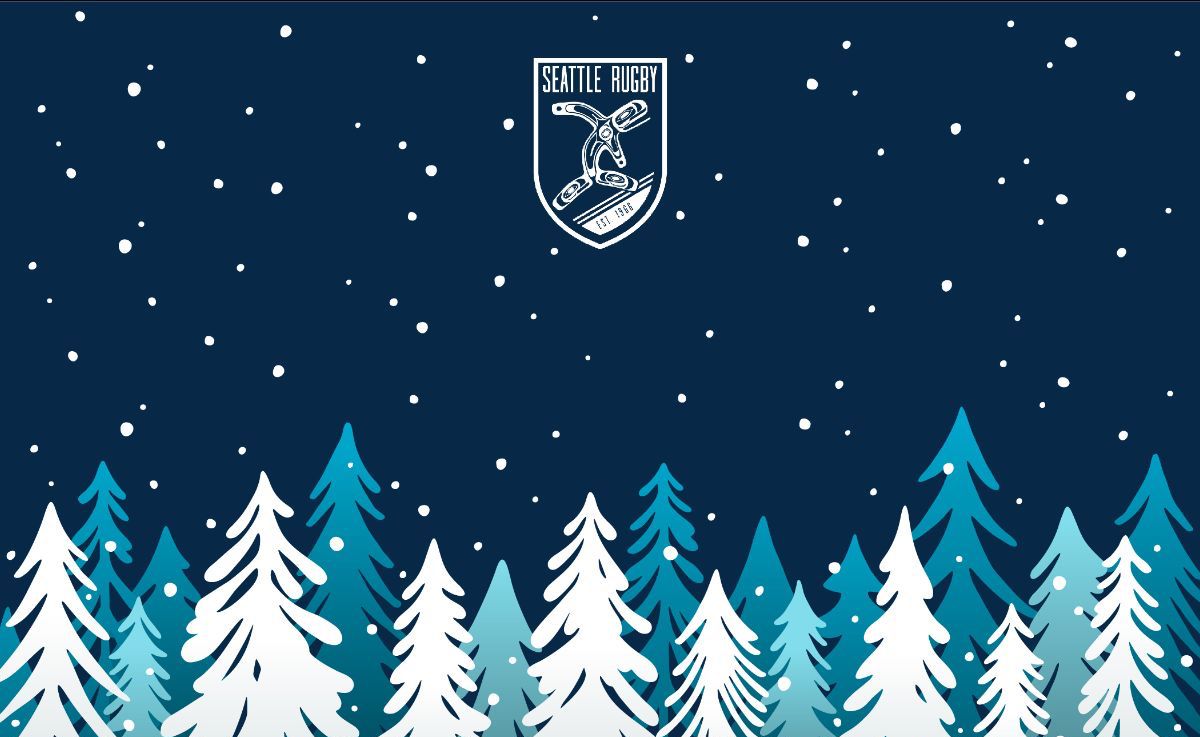 2021 is nearing the end and I wanted to reach out and provide a little storyline of how the Club did this year with our successes and struggles on and off the field.

We are proud that many of our current members are engaged with the local rugby community outside of Seattle Rugby Club. I would like to mention a few people who contribute their time to our rugby community.

I would also like to mention some of those in our program who have been recognized for their hard work in 2021.

This year we also continued to be engaged with so many community programs and events. We also forged many new relationships in our community.  I would like to highlight just a few of these:

Rugby successes this year are simple for the most part but there are some other developments.

And last but not least, I'd like to end with a massive thank you!
I’m not sure where to start but to the people who never had a rugby background who volunteer for us on the weekends at games and event. The Jacobsen’s, Blakely’s, Layman’s, Craig Riley, Tony Ursino and the list could go on…thank you!

I would like to thank all those who have donated and sponsored the team as we would not be able to do any of the above without you PPC and the Penington Family, Old Peculiar, the Martyn Foundation, MTI Physical Therapy, Phoenix Lining, Raymark Plumbing, MPUG, USI, Western Tugs, the Bruck family, Mike Girton, John Saul, Isenberg Dentistry, Anessa Dobberstein, Shane Carew, John Mead and this list also goes on and on.
Thank you.

My last and my biggest thank you is to the unsung heroes. The Managers, Coaches, Treasurers, Secretaries, Medical Team, iur Board, Marketing, etc. You all give the most valuable thing of all…your time. You continue to be my strength to continue the journey to support rugby and people in our region and beyond.

All this said and all the accolades I would say the biggest accomplishment for me is seeing how by helping others and providing opportunities for others changes those within our own program. I have seen firsthand young men and women change their outlook on life because of rugby, the Club, the people in it, and our mission to help others. Those people who have changed have in turn changed others. Thank you all for your support and truly living by our club motto: TSPDS (The Sh*t People Don’t See)

I accept the challenges that lie ahead, and I accept them because I know people like yourselves are in the journey with us. See you in 2022!