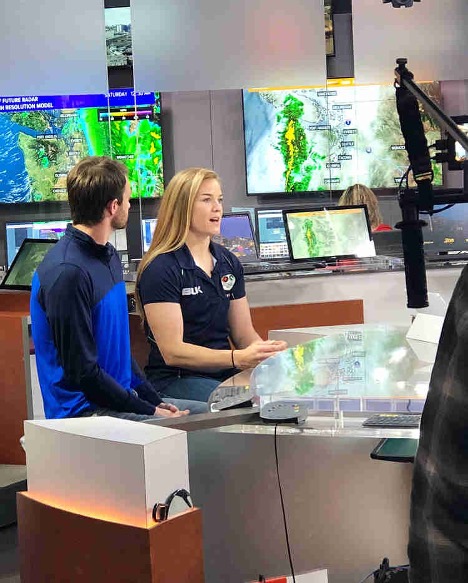 Kristine will be participating in the relay team with celebrity participants;

Brooks have worked with Special Olympics Washington and the USA Games to incorporate a Unified Relay into the2018 Brooks PR Invitational. The race is a 4x100 relay, with two Special Olympics, WA athletes and two celebrities running on each team.

The Brooks PR Invitational is an elite high school and professional meet that began in 2011 as a way to bring atop tier track meet to Seattle and showcase the nation’s fastest high school athletes. In seven years, the PR Invite has produced four American Junior Records, one Dempsey track facility record, one World Junior Record and countless personal records. PR Invite athletes have also gone on to set NCAA records, make Olympic teams and even earned Olympic medals in their careers.

The Seattle Saracens are proud to be partnered with Special Olympics Washington. Special Olympics is the world's largest sports organization for children and adults with intellectual disabilities, providing year-round training and competitions to more than 5.3 million athletes and Unified Sports partners in nearly 170 countries.

The national games for the special Olympics are coming to Seattle in July 2018, bringing thousands of people and millions of dollars in economic impact. The University of Washington as well as other regional venues will play host to 3,500 athletes, 10,000 volunteers, 10,000 families, coaches and delegates, and 50,000 fans.