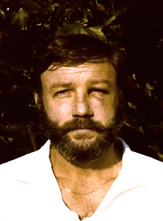 Inducted into the United States Rugby Hall of Fame in 2013

Dick Smith's first exposure to rugby occurred in 1964, thanks to a Chicago Tribune Sports Section advertisement. Smith, a 25 year-old stockbroker who had recently relocated from the east coast, decided to spend that fateful Saturday at his first rugby match. The advice given to him prior to entering the game, "Follow that big guy, and tackle anyone with the ball."

The speed, fluidity, controlled violence and the post-game camaraderie made rugby the ideal sport for him, and he would spend the next 50 years playing, building and supporting the game. During his 13 years in Chicago, Smith led the Chicago Lions RFC to a dominant position in Midwest rugby. He also served two terms as President of the Midwest Union.

Smith's influence included the formation of the United States Rugby Football Union (USARFU), now known as USA Rugby, proudly affixing his signature to the original Union's Charter in 1975. He served as Executive Director of the US Eagles vs France in 1976 and again as US Eagles 7's Manager in 1986.

After relocating to Seattle in 1977, Smith served two terms as President of Old PugetSound Beach RFC and helped to form the Pacific Northwest Union. He was also instrumental in the formation of the United States Rugby Super League in 1996, the country's first national, elite level men's competition. A long time sponsor of Team America (now the Classic Eagles), Smith also provided much of the seed money for the development of the World Rugby-sanctioned pitch inSeattle. He continues to support the Seattle Saracens rugby club with his financial generosity and constant presence at every home game.

Rugby has been the great joy and passion of his life; the friendships formed and the memories made over a lifetime in the sport are his true rewards. Dick Smith is a true Rugby Legend.