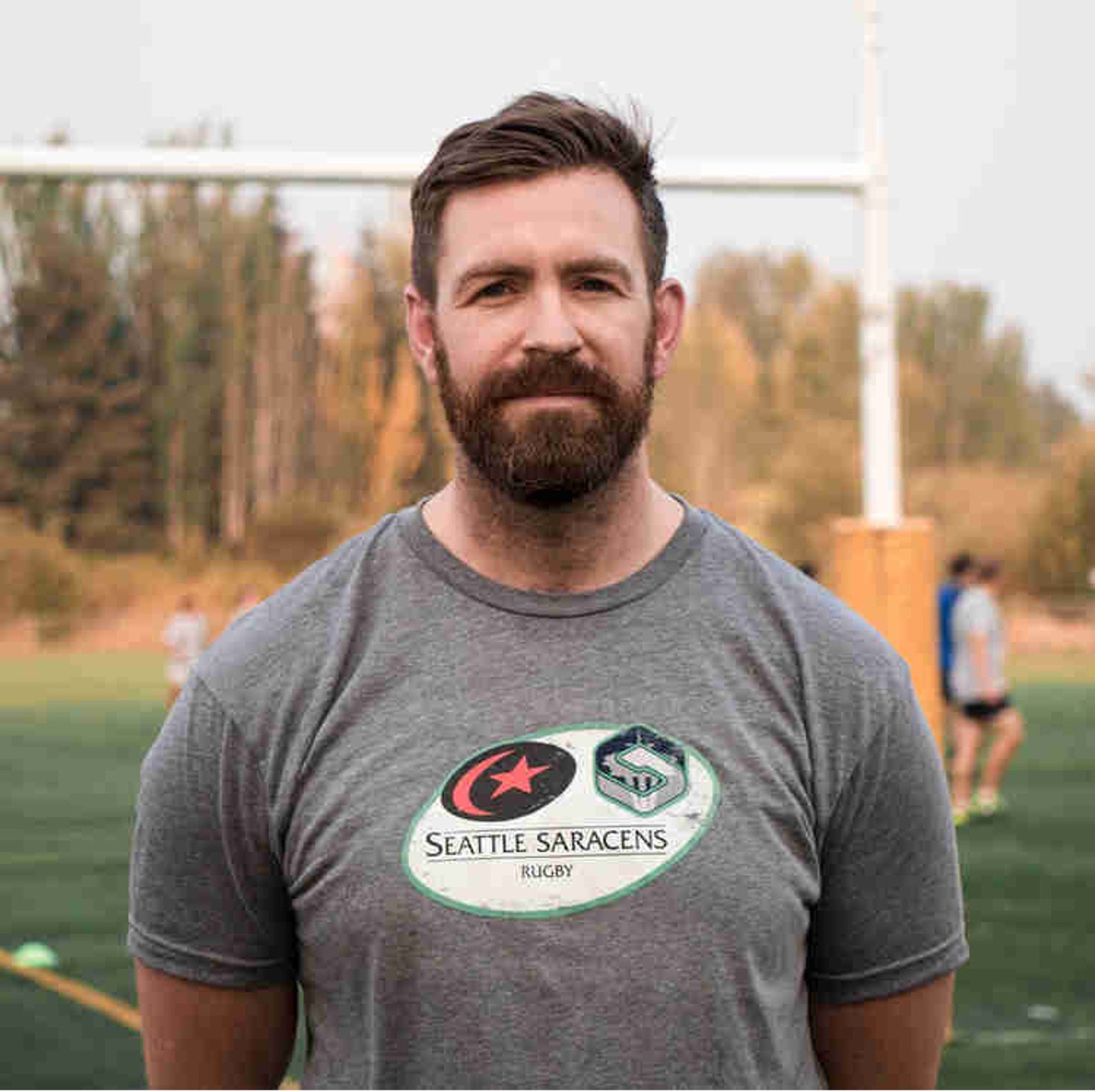 Seattle Saracens are proud toannounce the appointment of Wil Snape - Rogers as their new Head Coach.

As a player Wil represented Northampton Saints Rugby Club from 1999-2004 coming through the youth system from U19’s to full-time professional. During his time at the Saints, Wil was under the tutelage of former All Blacks coach Wayne Smith, who he credits for his player centered, growth mindset oriented approach to coaching and developing athletes. Wil is currently the Women’s Junior All-American Head Coach and moved to Seattle in 2016 from New York where he coached New York Rugby Club and the NYRC Women in the WPL. Wil currently works at Atavus and has contributed to USAR Rugby Elite Coach Development Courses and presented at USAR National Development Summit.

We caught up with Wil at his first training session and asked him a few questions as he starts the new season as Head Coach.

Q: What are you most looking forward to while coaching the Seattle Saracens?

A: I’m looking forward to helping build a framework for the players to express themselves. It’s a talented squad, so working with them and creating an environment of continual learning and problem solving is a great challenge.

Q: What areas do you plan to focus on the most?

A: We’ll be focusing on creating an attacking mindset on both offense and defense, identifying opportunities with a relentless work ethic. This will all be built on a solid foundation of fundamental skills.

Q: What do you bring to the table as a coach that will raise Seattle's game?

A: Honesty, hard work and a commitment to empower the players and be adaptable to the needs of the individual as well as the team. We’ll be striving to form an atmosphere where places feel comfortable to take risks, learn from mistakes and push each other.

Q: The BCRU is one of the best leagues in North America, what challenges do you expect from the teams up there?

A: We’ll be concentrating foremost on ourselves and coming together as a team and improve throughout the season. If we do that then we’ll be successful.

Q: Finally, what made you decide to accept the head coach position at Seattle Saracens?

A: was inspired by the ethics of the club, the community work and the quality and talent within the team. After talking to club President, Kevin Flynn for about 5 mins, I knew that the club had strong values and I wanted to be a part of that.

Club President, Kevin Flynn said; “We are delighted that Wil has joined the Club. Wil brings a wealth of experience and provides a great fit for the club in terms of what we want to achieve on and off the pitch, the way we want to play, and our desire to develop homegrown talent.”