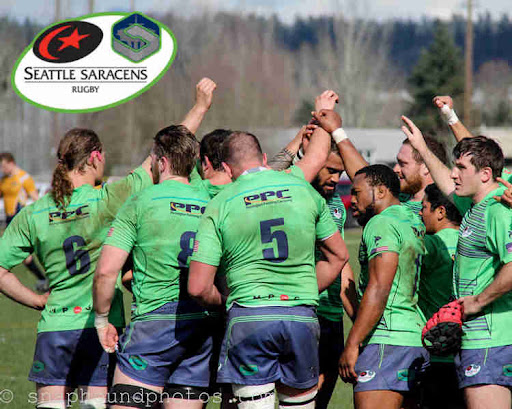 The Seattle Saracens are proud to have been a rugby club in Seattle since 1966 – over 50 years of providing opportunities, both on and off the field. Our club has always striven to provide an environment and culture where elite athletes can excel and play at the very top levels.

Over the years many of our players, men and women, have been selected to pull on their national team jersey for several different nations in both 7s and 15 competitions, as well as playing for professional clubs in Europe and afar.

As we countdown the days to the start of US rugby’s latest foray into professional rugby, we are extremely proud of all the Seattle Saracens players signed to the Seattle Seawolves team this inaugural MLR season.

We want to congratulate all of the players on their outstanding achievement and wish them and the Seawolves luck, (and those who have signed with other MLR teams). The players are:

Club President, Kevin Flynn adds; "We are very proud of our players who have achieved the opportunity of representing Seattle in the Major League Rugby competition. Seattle Saracens play in the best competition we can in the British Columbia Rugby Union Premiership.

I'm also very proud of everybody in the organization - the players, coaches, volunteers and the board. They've all done a tremendous job and having so many of our players selected is testament to a lot of hard work put into our program.

Seeing 16 players, whom have and whom currently play for Saracens signed to the Seawolves, I think speaks volumes for what we are trying to achieve here in Seattle with our program. There are also many ex Sarries players in other MajorLeague Rugby, (MLR) teams and professional teams further afield who have pulled our jersey on also and we are happy to see them competing at this level too.

We work hard on and off the field and still have many goals we are trying to achieve but we hope this gives people confidence in our organization in that we are going in the right direction.

Rugby is for everyone. Professional, rugby is now here but we also hope this will show people and athletes that they can also play for the Seattle Saracens rugby club locally, one of the Pacific Northwest clubs we are partnered with, or other teams in the area. Exciting times lay ahead. Well done guys and go Seawolves!"