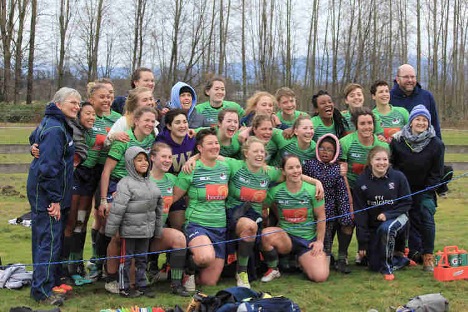 After surviving an initial assault from the Wanderers in the first quarter, the Saracens outside backs found space repeatedly as the Saracens took control of the match. The Seattle forwards did the work in both set piece and open-play to provide quality ball, and the combination of Marilyn Prosser, Valerie Bank, and Mackenzie Garrett, at 9, 10, and 12, respectively, were able to open the Castaway defense for the outside backs.

Next, the Saracens will take on Burnaby at Pat Ryan field, Saturday 1/27.